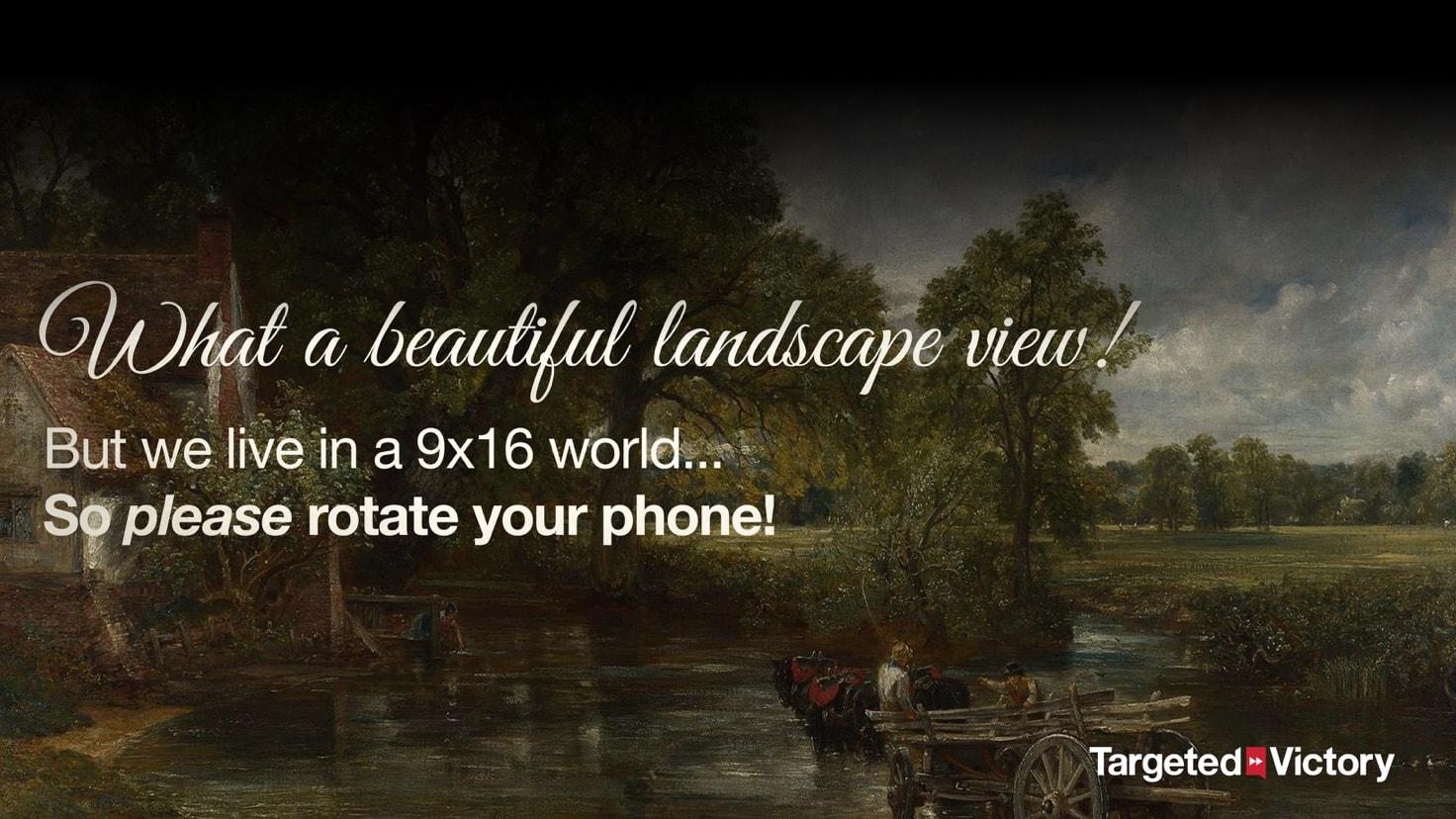 Zac is a leading voice in how digital is disrupting traditional communications. He has extensive political, digital and communications experience, having served as Digital Director for Mitt Romney for President. He has helped Fortune 500 companies enhance their brand and get their message out in the current political and media environment. His corporate work includes brands such as FedEx, AT&T, Facebook and Gillette.

Abe brings over a decade of experience at the highest levels of high stakes public policy and political campaigns. Over the past few political cycles, Abe’s team strung together impressive victories in some of the most challenging environments across the country while raising over $350 million. Additionally, he has advised Fortune 500 companies with brand and consumer strategy. Abe received his Juris Doctor from the University of Alabama School of Law and has degrees in Industrial Engineering and German from the University of Alabama.

Over the last 7 years, Ryan has been a member of the Targeted Victory Executive Team and has overseen many of the largest digital ad campaigns executed by the firm. His experience in both campaigns and public affairs has allowed him to take leading roles on a wide variety of clients.

Connie brings more than 20 years of campaign, public relations and issue advocacy experience to our corporate and non-profit clients and oversees our national field network. She most recently served as CEO of Direct Impact, a division of Burson-Marsteller and has worked in Congress and the Administration, including serving as Chief of Staff to Cathy McMorris Rodgers.

John is the premier online fundraising and lead generation expert in Republican politics with more than a decade of experience. He has collected over seventeen million individual contributions and raised more than five hundred and fifty million dollars for his clients. Prior to joining Targeted Victory, John served as campaign manager for now-Governor Mike DeWine’s successful campaign for Ohio Attorney General. John holds a master’s degree in political science from the University of Akron and a bachelor’s degree in history and government from Bowie State University.

Tad is a 7 year veteran of Targeted Victory. He helps manage the Public Affairs team, working with corporate and non-profit clients on advocacy, field, and digital marketing efforts. Tad spent 3 cycles managing the digital advertising and fundraising strategy for over 20 statewide campaigns. Before joining Targeted Victory, he worked in Boston for the Romney-Ryan campaign and served as a Legislative Director on Capitol Hill.

Angie is a marketing technology leader, known for her ability to build high-performing teams that achieve results using technology as a foundation for transparency, accountability, and teamwork. At Targeted Victory, Angie optimizes results for our clients by driving our vision into the future of digital communications and empowering our teams to unlock the maximum value from the latest fundraising technologies and marketing tools. She has more than 20 years of leadership experience developing and implementing growth strategies in digital marketing, technology, and operations. Prior to serving as Targeted Victory’s Chief Strategy Officer, Angie led Lansinoh’s North America division where she helped them transform to a digital-first eCommerce organization.

Alberto provides strategic counsel and public affairs solutions to corporations, campaigns and non-profits. Most recently, Alberto served as United States Senator Marco Rubio’s Chief of Staff and as a key advisor through two senate campaigns and his campaign for President of the United States.

Alex helps lead the firm’s public affairs and advocacy practice. He provides integrated public affairs solutions for Fortune 500 corporations, coalitions, and causes. Alex has over a decade of communications and campaign experience. He previously served as Chief of Staff for U.S. Representative Bradley Byrne (AL-01).

Before joining Targeted Victory, Peter was the Deputy Political Director for the National Republican Senatorial Committee. Despite the national headwinds the party faced, the GOP held onto the majority in the US Senate. During the 2020 cycle, Peter guided over $55m in Independent Expenditures across multiple states for races up and down the ballot including, Arizona, Minnesota, Pennsylvania, and Texas. Peter has a deep knowledge base of the dynamics of Pennsylvania, having worked on multiple congressional races and five different statewide campaigns since 2008. In 2016 he was Campaign Manager for U.S. Senator Pat Toomey’s 2016 re-election bid in Pennsylvania, which at the time was the most expensive US Senate race in history.

Sam Oh helps lead Targeted Victory’s political campaign division and has over a decade of experience managing and consulting candidate campaigns and ballot initiatives at the local, state, and federal level. Sam mostly recently served as Chief of Staff to a U.S. Representative who served on the House Energy & Commerce Committee, Republican House Leadership team, and was the Deputy Chair of the National Republican Congressional Committee.

Matt Gorman has advised presidential candidates, members of Congress, and Fortune 500 companies on communications and rapid response. Gorman was most recently the Communications Director for the National Republican Congressional Committee (NRCC) — the youngest in its history. A veteran of two presidential campaigns, he served as rapid response director and national spokesman for Jeb Bush’s 2016 presidential campaign and an aide to Mitt Romney’s 2012 campaign. Gorman regularly appears as an analyst on network and cable news programs.

Sarah Morgan was Political Director of the National Republican Senatorial Committee (NRSC) in the successful 2016 and 2018 cycles where Republicans held and expanded their Senate majority. Prior to that, Sarah served as Western Region Political Director for the NRSC in 2014, managed Jeff Flake’s successful primary and general election runs for Senate in 2012, and was Deputy Campaign Manager for Jon Kyl’s successful 2006 Senate election. Sarah has a wealth of experience in political campaigns and has also worked in the fields of advocacy, public affairs, government relations, and communications. Sarah was born and raised in Missouri before moving to Arizona to work in politics, and is a graduate of Iowa State University.

Nathan Leamer served the past several years as Policy Advisor to FCC Chairman Ajit Pai. Before working at the Commission, he was a Senior Fellow at the R Street Institute where he managed the institute’s government relations and wrote extensively on emerging technology, intellectual property and privacy. Prior to these roles, he worked as a legislative aide on Capitol Hill.

Vanessa helps lead Targeted Victory’s Public Affairs practice. She brings over a decade of experience working in national politics at the highest levels. Before joining Targeted Victory, she served as Senior Advisor on Speaker Paul Ryan’s national political organization. She most recently worked in the nonprofit space for former NFL player Deion Sanders.

Jen brings an extensive background in fundraising and online marketing spanning over 15 years. She has raised nearly $300 million for candidates and causes both online and offline. Her experience includes: work for two presidential campaigns; dozens of U.S. Senate, congressional, and gubernatorial campaigns; political organizations, and nationally recognized nonprofits. She holds a bachelor’s degree from The University of California, Davis, and a master’s degree from The George Washington University.

Gina Hwang oversees Operations at Targeted Victory, working with the Accounting & Finance, HR, IT and Legal teams to ensure process improvements and cross-functional teamwork as the company continues to grow. Prior to moving into an Operations role, Gina spent 7 years servicing clients in executing strategic online fundraising, advertising, creative and email marketing programs. In 2014, Gina managed all the digital operations of the most closely watched senate race in the country – Joni Ernst’s campaign for Iowa’s open senate seat. In 2013, she oversaw the digital marketing efforts of turning Senator Marco Rubio’s State of the Union Response “water bottle moment” into $250k+ raised in Marco Rubio water bottle sales for his PAC.

Maggie helps lead the firm’s hyperlocal practice. Utilizing Targeted Victory’s national network of operatives, she provides local strategy for corporate clients across all 50 states. Maggie has worked on a variety of hyperlocal activations that focus on corporate social responsibility, reputation, and product launch at the local level. Prior to Targeted Victory, Maggie worked at the National Association of REALTORS for 6 years on their political advocacy and PAC teams where she served as regional political director in 10 states.

Ashley joins Targeted Victory from the National Republican Senatorial Committee (NRSC), where she served as Digital Director for the 2020 cycle. As the committee’s Digital Director, she oversaw the largest online fundraising program in the building’s history. Prior to her work at the NRSC, Ashley led digital marketing, advertising, and fundraising efforts for top political campaigns and committees raising over $250 million. She is from Ohio and is a graduate of DePauw University.

Martin managed digital programs for some of the top races in the country over the last five cycles — including 20+ Senators, 30+ House Members and a half dozen Gubernatorial candidates. Currently, Martin oversees 60+ staff and nearly as many clients, working with federal and statewide candidates and committees to provide strategic counsel and execute best-in-class digital programs. He is a graduate of Marquette University and an avid Cleveland sports fan.

Angela leads the Accounting & Finance team at Targeted Victory. With over 25 years of accounting experience and leadership, she is helping to develop policies and transform processes to support the continuous growth of the firm. Angela most recently spent 20 years as a Finance Director with EY. She is originally from Wisconsin and a graduate of the University of Wisconsin-Madison.